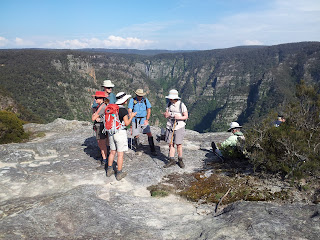 I’ve had a rest from blogging - focused instead on a serious rehab effort. Late March, on my regular Bay Walk, I went crashing to the pavement. Didn’t even get my hands out to save myself. Somehow struggled back to the car. But I was in trouble, 2 hours later an X-ray at Balmain Emergency confirmed a badly shattered kneecap. 5 hours and an ambulance ride later the orthopedic surgeon at RPA said they would schedule me for emergency surgery the next morning. Told him “I will do ANYTHING to avoid surgery.” However complete inability to lift my right leg from the bed meant no chance of just letting it mend. A mostly sleepless night followed - thanks to my concern for the effects of knee surgery on bush-walking, skiing and other activities, but also thanks to the multiple procedures that come with a large hospital, procedures that make no concession to night or day and which culminated in my 6am connection to a saline drip in preparation for the knife and vertical and horizontal wiring! But the Gods smiled - these particular Gods appeared in the form of Saturday’s orthopedic expert, now accompanied by an equally young, equally charming, but superior orthopedic expert. Too traumatised yesterday, a further test of my kneecap’s ability to function, confirmed that the quadriceps was still attached to the tibia and I was off the hook. Now encased in a brace from mid calf to mid thigh I was free to go home and let nature take it’s course. “Better than winning LOTTO!”
Posted by Unknown at 12:37 PM