Asthma in your family? Look to your gut...

A reminder from the natural health guru Dr. Mercola about the need to establish good gut health during pregnancy. This is a story that will not go away, in fact I’d suggest attention to the health of the gut must be your first priority at any time. If babies are on your agenda, begin well before conception and include the prospective father in the equation! It’s a certainty that future research will confirm the plethora of health issues that we can link to compromised gut health.
For example, children who were already predisposed to asthma (due to their mother having the condition) were twice as likely to develop asthma if their mother used antibiotics during the third trimester. The increased asthma risk supports the theory that those beneficial gut bacteria, which are decimated by antibiotics, play a role in the development of asthma. Co-author Dr. Hans Bisgaard told Reuters Health: "We speculate that mothers' use of antibiotics changes the balance of natural bacteria, which is transmitted to the newborn, and that such unbalanced bacteria in early life impact on the immune maturation in the newborn."
So a vital prerequisite for your newborn is establishing a healthy gastrointestinal tract. Regardless of age, your gut is your first line of defense in terms of immunity. 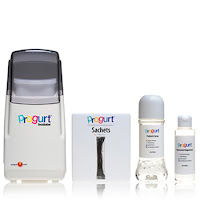 Brings me back to the ridiculous new guidelines that our Australian National Health & Medical Research Council have put in place in an effort to stem the allergy epidemic that they “can’t explain.” If they took a look at where immunity begins and the many ways in which it is currently compromised their advice might have merit, rather they are advocating earlier introduction of solids, at 4 months rather than 6 (the current recommendation of bodies such as WHO). When totally breastfed babies normally indicate readiness for solids (reaching for food from your plate) at 8-9 months, solids at 4 months is a completely counter-intuitive recommendation and one likely to exacerbate the allergy and intolerance problem!