Early exposure to good gut microbes might protect against these increasingly common disorders, which include diabetes type 1

Sounding like a record stuck in a crack, I know I’m on the “healthy gut microbiota” soapbox at least once a week. But there is good reason! Compelling research is appearing at a great rate, healthy early exposure is key and probiotics during preconception and pregnancy provide a very simple but absolutely fundamental health-promotion measure, so I can’t let the opportunity go by.

This latest study involved putting normal healthy gut bacteria from male mice into females, who are much more likely than males to suffer from an auto-immune disorder such as MS (multiple sclerosis), rheumatoid arthritis, lupus or type 1 diabetes. Establishment of gut microbiota in the females gave them strong protection from the auto-immune disorders, but unexpectedly also increased their levels of the sex-hormone testosterone, which researchers say was instrumental in conferring protection.

As I’ve said more than once, the gut story is unfolding at an exponential rate, which should put a high potency probiotic at the top of your “must-have daily” list of nutrients at any age or life stage. More to the point however, getting it right in the next generation will have far-reaching and positive consequences! As well as probiotics for the prospective mum, think normal vaginal birth and breastfeeding. 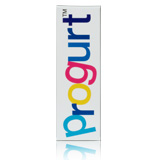