The Mediterranean diet is under threat

“The Mediterranean diet is under threat as cash-strapped consumers in southern European countries are spending less on fresh foods and more on cheaper packaged foods, according to new research.”

How sad is this? Whenever I travel in Mediterranean countries I’m delighted by the wide variety of fresh, whole, healthy foodstuffs available around every corner and in multiple growers’ markets across the region. My February 2012 sojourn in Istanbul was no exception and despite snow on the ground, I was overwhelmed with choice of healthy grain dishes (think beyond wheat), vegetables, seafood and meat in mouth-watering combinations. Pomegranates and pomegranate juice, the very essence of food and drink for fertility, were everywhere! Notable by their relative absence were packaged, fast-food items. The fact that large numbers of the population still smoke like trains is another issue - but I digress. 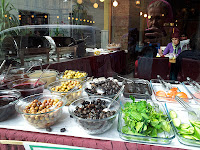 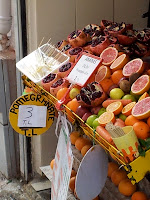 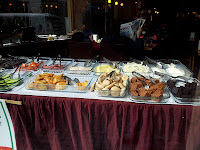 One significant, but under-estimated feature of Mediterranean diets, is their emphasis on enjoyment of the meal, time out in sociable surroundings with a glass of wine to enhance the lovingly prepared food and the pleasant company. But add it all up ... right combo of food groups, healthy oils, time taken to prepare and savour, a glass of vino and the health issues in these societies are nothing compared to those in the Western world where 50 years of refining, packaging, processing and increasingly, eating on the run, have taken their toll. The so-called “French Paradox” has confounded researchers for years. The French eat three times more saturated fat yet have only one third of the coronary artery disease of Americans!

We can only hope that the economic malaise afflicting Greece, Spain, Italy and potentially others, doesn’t completely reverse long-established and well-balanced attitudes to food - the aptly named “mindful eating”. After all, when times are tough, a fine meal and a cheering glass of wine may be the best single antidote to the doom and gloom. Vive le paradoxe francais!
Posted by Unknown at 11:41 AM