20,000 chemicals used in food production and manufacture, 3,000 added directly to the food supply, only ten percent of those appear on labels...

Even more disturbing is the fact that many of those chemicals approved for use in the USA are banned in other countries. The countries whose regulatory approvals are more enlightened than those of the US, might actually surprise you. Russia for example has just banned all US meat and meat-product imports, due to ractopamine, a growth stimulant found in the meat.

Since I’ve been following developments in the food, beverage and dairy industries along with developments in nutritional and environmental medicine, I know there’s no excuse for America dragging the anchor in her embrace of non-toxic food additives. Safe alternatives are available and other countries have acted responsibly by placing a ban on the long-list that have been proven toxic. Ractopamine for example is banned in 160 countries, but not yet in Canada and the United States.

Of course the whole issue is not likely to concern you if you grow your own or buy organic, prepare it at home and eat it freshly made. If you also make that home-grown meal a Mediterranean-style one you’re home and hosed. But if jars, cans and packets still go regularly into your super-market trolley, you need to make sure you're not consuming potentially toxic additives along with the convenience! 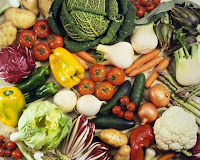