Vitamin D deficiency in pregnancy is linked to an increased risk of autism in children by the age of six, Australian researchers have found, who argue low cost supplementation for at-risk mothers is merited.

If you’ve been following my blog posts you’ll have seen plenty emphasising the importance of Vitamin D before conception and during pregnancy as a way of reducing the incidence of toxemia (high blood pressure of pregnancy) and premature birth. Optimal Vitamin D status confers a large number of other, more general health benefits (adequate immune status and protection from cancer among them) and now this study from Australian researchers at the University of Queensland Brain Institute and The Erasmus Medical Centre in The Netherlands adds another potential benefit to the growing list!

The researchers however suggest that supplementation, not sun exposure, is the answer because of the high risk of skin cancer in countries like Australia. I agree that supplementation has a role in ensuring Vitamin D status in high latitudes where sun exposure during the winter months cannot ensure Vitamin D adequacy, but in Australia, the recommended, unprotected exposure to the sun is hardly sufficient to lead to skin cancer. Ironically, if Vitamin D levels were adequate, skin cancer may not be an issue at all.

While we’re on the subject of supplementation, I'm always frustrated with the studies that take one nutrient and show how important it is during pregnancy. The reality is ... all the trace elements, vitamins, essential fatty acids, amino acids and various co-factors are important! AND making sure you and your partner enjoy optimal nutritional status across the board before you conceive and maintaining that status during pregnancy and beyond, will do more for your baby’s intelligence, birthweight, learning and behaviour issues and everything else, than supplementing with single nutrients in isolation!

More on all of the above in my new 5-Point Better Babies Webinar Program. Watch the free introductory webinar. 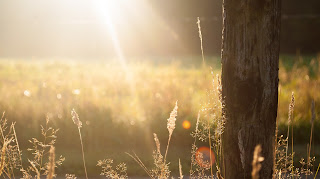 What an interesting story. I am highly impressed. Thanks for sharing. I think gaining weight has become a very common problem nowadays that most of us have been facing. To counter this problem people are taking the different type of measures. However, I would recommend one tried and tested method called "The Flat Belly Fix" I have tried it myself with great effect. Therefore I would definitely recommend it to others.
Weight Loss TipsTo Lose Weight Fast