Good gut news, but then the bad news...

While scientists are unravelling the profound benefits of healthy gut bacteria, much damage is being done courtesy of GMO produce. In the US, an up-coming debate will determine whether GMO-containing produce will require mandatory labeling across the country. Let’s hope common sense prevails and that public sentiment isn’t swayed by the very powerful and extremely well-funded GMO lobby, who insist on the safety of their produce despite all the findings to the contrary.

Dr. Don Huber, leading GMO expert in the world says there are several key factors we must be aware of. Huber is an award-winning, internationally recognized scientist, and professor of plant pathology at Purdue University for over 35 years. His concerns about GMO rest on the following issues.
In other words, the potential damage to human and plant systems from GMO crops is incalculable and ongoing. Therefore take whatever steps you can to legislate for mandatory labeling, better still campaign for complete non-use of GMO seeds and associated herbicides/pesticides. And vote with your dollars - BUY ORGANIC! 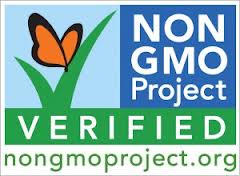