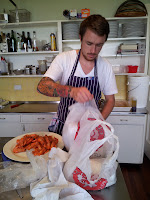 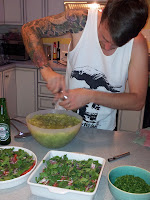 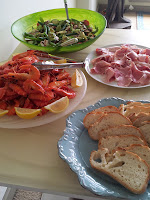 Celebrity chefs and other leading opinion-formers are poisoning the debate about genetically modified (GM) food, claims environmentalist and author Mark Lynas. Lynas claims that 3 trillion GM-containing meals have been eaten in the last decade and a half. So exactly what’s your point Mr. Lynas?

Genetically modified food is a completely uncontrolled experiment that I personally want no part of. Like the introduction of the oral contraceptive pill (OCP), assisted reproductive technology (ART), routine prenatal ultrasound, delivery by C-section, babies sleeping alone, vaccination of infants and so much more, it is now impossible to say definitively what the downsides might be.

But plenty of consumers just want the produce as nature intended - healthy food grown on healthy soil. In the same way, many know that natural fertility management, conception, pregnancy and birth free from medical intervention, co-sleeping and natural immune enhancement are far healthier options than the man-manipulated/tinkered-with versions. I have no doubt that given enough time we’ll start to see the negatives of introducing GM produce to the wider population, by which time and just like all of the above, it may well be totally entrenched and impossible to reverse.

But then again, there just might be a small glimmer of hope. Many in the EU have completely turned their backs on GM, while the USA, biggest driver of the food industry in the world, has embraced it without too much question - hence those 3 trillion GM-containing meals consumed in the last 15 years. But I’m recently heartened when New Mexico joins Washington and California to become the latest US state asked to consider mandatory labeling for foods containing genetically engineered ingredients. More power to the consumers, with the move for similar legislation gaining momentum in other states. The reason behind the movements ... people want to know what they are eating! Prediction is that there will be a “tipping point” at which Federal legislation will need to address GMO labeling. Who knows - those in power might even begin to address the issue of whether GMO is all it’s cracked up to be?